As we get older we hope that all of our faculties and senses will remain in working order for as long as they can. We know that we will “slow down” but we trust that we will continue to be able to do at least the simple things that give us pleasure, such as reading, watching the television and watching the grandchildren get into mischief. Which is why one of the most worrying things that can affect people as they get older is failing eyesight. The most common cause of sight loss in the UK is age-related macular degeneration (AMD), which can lead to a rapid loss of central (reading) vision. Therefore, it was good news to recently see that clinical research at Moorfields Eye Hospital in London has led to some AMD-suffering patients regaining their reading vision after receiving a new treatment derived from stem cells1. Apparently there are two types of AMD – “wet” and “dry” – and this research has focused on the “wet” type (although it is hoped to treat “dry” AMD in the future). 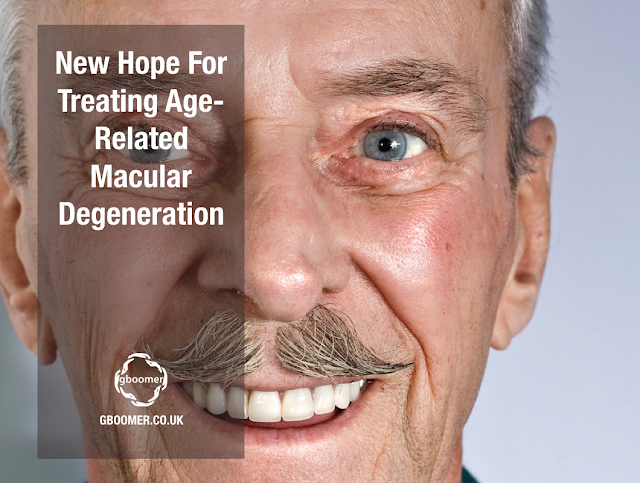 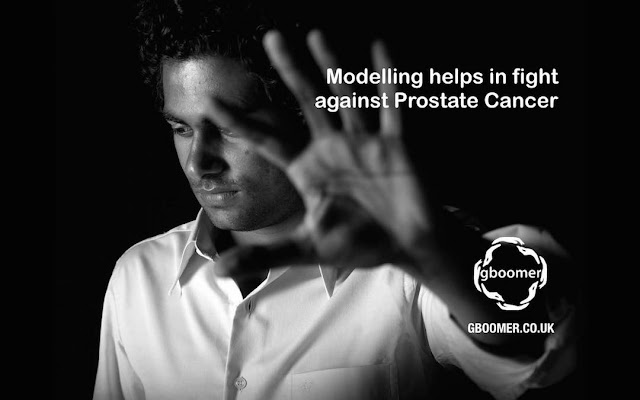 Now when you read the above headline, please do not get confused and think that it will be necessary you (if you are male) or your partner (if you are female) to dress up in a load of finery and strut your/ his stuff along a catwalk in order to ward off the possibility of getting prostate cancer.
Read more @ https://goo.gl/HnkQUy

Posted by GenerBoomer at 11:30 No comments:

Grandparenting – Taking Advantage of the Upside 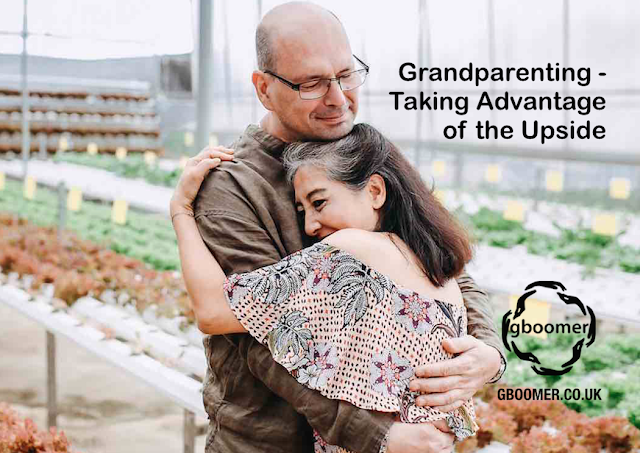 The art of grandparenting has little in common with parenting. In most cases grandparents are afforded the opportunity to love and spoil a grandchild without having to participate in any of the less enjoyable aspects of child-rearing.

Posted by GenerBoomer at 10:34 No comments:

PHOTOS AND KEEPSAKES FROM WWII 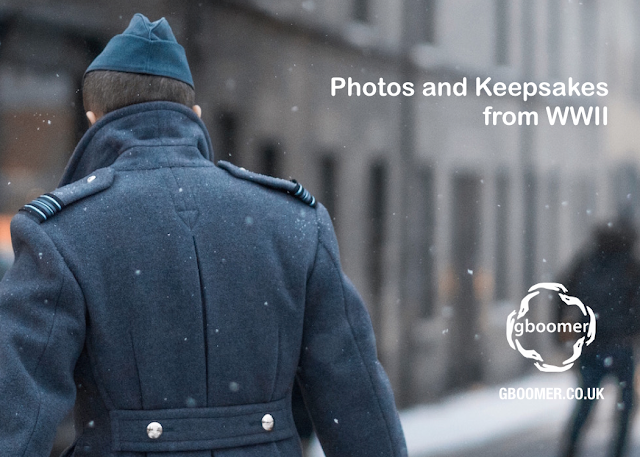 My uncle recently died; I say “Uncle” although he wasn’t a blood relative. All your parents’ friends were “uncle this” and “auntie that” in the 1950s and 1960s.Read more @ https://goo.gl/GH1a9p

Posted by GenerBoomer at 08:21 No comments: 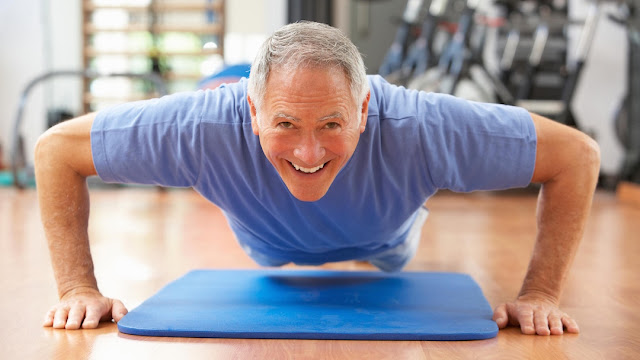 THE NEXT FEW DAYS AVOIDING IT BY FOCUSING ON THE FEW EXERCISES THAT YOU HAVE SPECIALISED IN OVER THE YEARS. YOU KNOW THE ONES – WRIST TWISTING AND ELBOW BENDING. THEY ARE THE ONES THAT ENABLE YOU TO GET THE WINE BOTTLE OPEN, THE WINE POURED AND THE GLASS RAISED TO YOUR MOUTH.
Well, I recently came across an excellent web page article written by Chris Freytag on verywellfit.com.
This sets out a 20-Minute Weight Training Workout for Seniors. So I suggest that you log on to this web page and study what Chris has said. He stresses the importance of leading an active life as we get older – which in fairness to this website is something that we have long espoused. He quotes the American Council on Exercise, which has published a report stating “As you grow older…regular exercise can help boost energy, maintain your independence, and manage symptoms of illness or pain. Exercise can even reverse some of the symptoms of aging.” None of us will disagree. It’s just getting started that is the difficulty. There is an emphasis on strength training and it is highlighted that this can help lessen the symptoms of the several chronic conditions for most older adults, viz. Arthritis, Osteoporosis, Diabetes, Obesity, Back pain, and Depression.

I am not going to replicate all of the details from the web page, and recommend that you have a look at it. But I will summarise the different activities described. They are:
Now, I am pretty certain that this list will have got you excited/ curious/ depressed [Delete as appropriate]. But whatever your personal reaction, the list serves as a good guide to the amount of effort that you need to put in to keep yourself in good shape. Obviously, if you are not particularly fit, then simply going down the list and trying out the different exercises will be helpful. You can then judge what is best for you and then gradually increase the pace until you are doing everything within 20 minutes. It doesn’t matter if it takes 45 minutes or an hour when you start – the most important thing is that you have started! So log on have a look, and just be glad that the pictures are not of me in lycra! 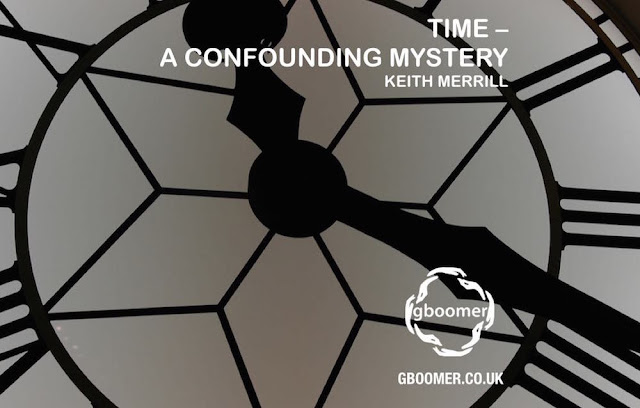 Time is the only component of the natural world that competes with the vastness of our cosmos in the ability to inspire awe and befuddlement. We struggle to grasp it. Its relentless march surprises and confounds us. Its trickery exposes our innate hubris.  And, in the end, it humbles us. Time is the ultimate overseer. We see mere snapshots.  It sees everything. The expanse of time is virtually unknowable. The human race is still struggling to come up with a universal definition of Time. How can we define something that we cannot even fully comprehend?
The Expanse of Time – How Big is It?
Most cosmologists agree that the universe is ~13.8 billion years old. How big is 13.8 billion?  If broken down into individual buckets of time, with each bucket containing 1 million years, you would end up with 13,800 buckets. The age of our planet—at ~4.5 billion years—makes it a relative youngster within the grand scheme of cosmic time.
A human fortunate enough to live to the advanced age of 100 will have experienced 0.000000007% of those 13.8 billion years. The epitome of infinitesimal.  The further it is sliced the harder it is to grasp…..
13.8 billion years = 138,000 millennium = 166 billion months = 700 billion weeks = 5 trillion days. OK, enough already!

There is also the vexing question of time’s origin. Did time exist prior to the birth of our universe? Want to give yourself a headache? Try to sort that one out without having to call Stephen Hawking.
Our Perception and Treatment of Time
Humans are very curious creatures. We obsess about the mundane while ignoring the extraordinary. We are thankful for the trivial but cavalier about the essential. For most of our lives our treatment of time is flippant and wasteful. Like the air we breathe and the water we drink we blindly assume that our allotment is unlimited. And, as is often the case, wisdom and perspective do not alight upon our oblivious heads until either advanced age or disaster have befallen us. Perspective is not easily gained nor easily retained.
Time is indeed expansive. Within the human experience it is also slippery, elastic and compressible. When we ache for it to speed up, it slows down. When we wish for stillness it instead becomes a blur. Our concept of time is fundamentally restricted by our limited experience of it. We can marvel at the enormity of it while still bemoaning our meager allotment of it.
The old phrase “time stands still for no man” is almost too benign. Not only does time ignore us, it seems to take some sinister delight in our inability to fully respect it.


The last laugh is, has always been, and will always be, on us.

Posted by GenerBoomer at 02:53 No comments: 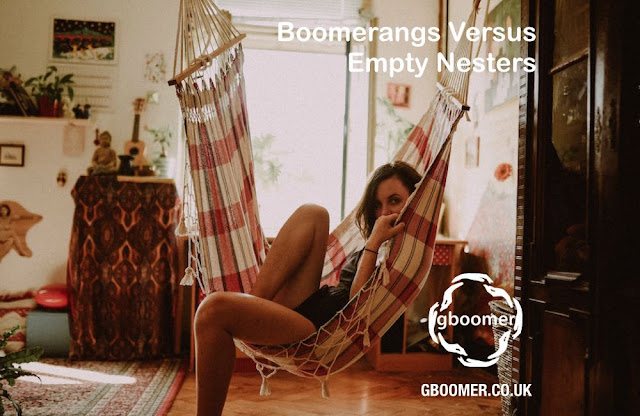 So your kids have grown up and gone off to university, travelled the world or got a job in some other town or city. After the initial upset at your nest being emptied and the realisation that this is another landmark in your life’s journey, you settle down to a new routine where there is quite a bit more freedom: where you aren’t required as a taxi late into the night; where your drinks cabinet hasn’t suddenly been stripped of all its contents; and where the television programmes and music played are what you want to watch and hear. You can go out for the evening in the safe knowledge that their ‘friends’ won’t have called in and help trash the place with cigarette stubs and vodka spills killing your prized cactus. You still keep in touch with your cherubs, usually when they decide that they need something, and you exchange visits, particularly if there are grandchildren (and they need someone to babysit). But then you receive that telephone call that you’ve always feared and dreaded: “Can I come back home to live with you?” Yes – your kid is a boomerang!
A major study has looked at the impact that adults who move back home after moving away have on their parents1. And THEY CAUSE THEIR PARENTS STRESS AND CONFLICT! What a surprise! In fact, the biggest surprise is arguably the fact that the academics at the London School of Economics and Political Science got funding to research what to most GBoomers is the b!@@$% obvious! Seventeen countries were covered: France, Germany, Switzerland, Austria, Luxembourg, Belgium, Netherlands, Sweden, Denmark, Italy, Spain, Portugal, Greece, Slovenia, Czech Republic, Estonia and Poland. Conspicuous by its absence is the United Kingdom! Those amongst us who adhere to conspiracy theories suspect that this might be because if the UK HAD been included in the research the results would probably gone right off the scale!
The research found that parents' (aged between 50 and 75) whose adult children moved back into the family home saw a decline in their quality of life and wellbeing. But this slump in wellbeing was only when there were no other children still at home, i.e. there was no impact if other children were already living in the family home. Quality of life and wellbeing was measured across four areas: control; autonomy; pleasure; and self-realisation. The higher a score, the better the quality of life. The study found that when an adult child returned home to an "empty-nest", scores dropped significantly. Its report stated that such a drop had a substantial effect on quality of life; it was similar to developing an age-related disability, such as difficulties with walking or getting dressed! (I suspect that some of the boomerang kids had difficulties with getting out of bed and getting dressed!)
The study observed that “Over the past half century, intergenerational co-residence has declined dramatically in Western countries. However, this pattern has recently altered, and in some countries multigenerational co-residence has increased; a shift interpreted as a family response to high unemployment rates, poor job prospects and financial hardship among young adults." Clearly there are different reasons for adult kids returning home, e.g. unemployment and partnership breakdown, which are themselves distressing to parents. But after controlling for this, it was found that the return of a child still caused a significant decline in parents' wellbeing.
Apparently there is a greater effect in Protestant countries compared to Catholic countries, but there is an effect in all countries. Part of the reason is that when parents no longer have children at home their marital relationship improves and they find a new balance, enjoying life through new hobbies and activities. This all goes out of the window when adult children move back.
So be warned! Make sure you have an escape strategy if your own kids look like they might boomerang back to you. I am reminded of a true story that I was told by a couple of work colleagues many years ago. They had a mutual acquaintance who had left home to go to university. One Friday, on the spur of the moment, he decided to go home for the weekend. He arrived at his home and rang the doorbell. The door opened and the man answering the door asked “Who are you?” to which he replied “Who are you?” It transpired that his parents had moved house and not told him! Was this an oversight or a cunning plan? Keep this story filed away in the back of your mind in case of emergency.

GenerBoomer
For 'people of a certain age' who are fiercely independent and believe that life is for living @ gboomer.co.uk